The Eiffel Tower, viewed from the Trocadero park.

The sun was setting as we made our way up the Tower.

This is one of many attempts to capture the beauty of the sunset from the Tower.

Some buildings on the Seine.

The inner nave of Notre Dame is one solid piece of stone, if I remember correctly. Over all the Cathedral was underwhelming, as are most Romanesque / High Medieval buildings.

Sacré-Cœur, a church on the top of a very large hill. It was built in the 1870’s as national penance for the Franco-Prussian war. (As in, Prussia forced them to built it, in humiliation). 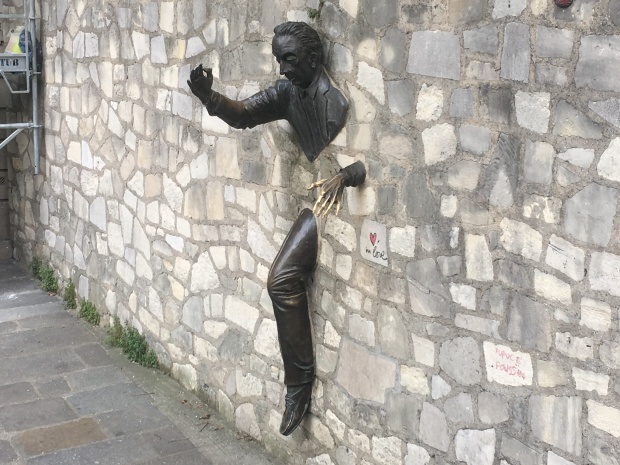 Man coming out of a wall, bronze statue (?) (metal work?) on the way back from Sacré-Cœur.

The home and studio of Van Gogh while he lived with his brother, Theo, from 1886-1888. Slightly before he hit the sweet spot of his career, which was 1888 to his death two years later.

Interior of the upper floor of Sainte-Chapelle.

We went to the Louvre, which means you already know what the next picture will be… 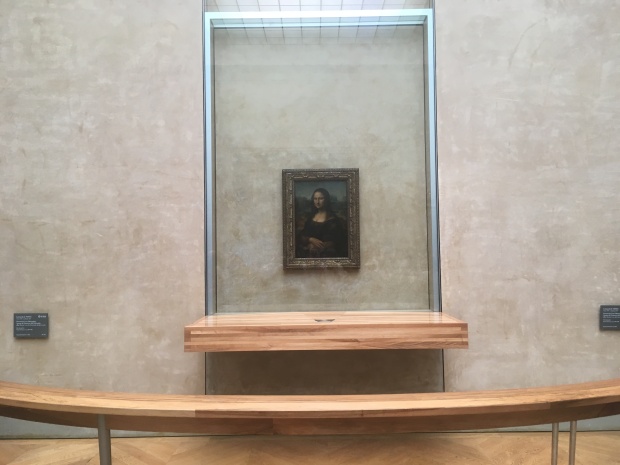 The Mona Lisa! Much smaller than I had imagined it.

We went to the Musée de l’Orangerie which is a modern art museum in Paris, near the Louvre. They had a massive display of Monet waterlilies, which are inphotographical because of their width. Here’s part of one…

Van Gogh’s famous, non-ear-cut-off, self portrait at the Musée d’Orsay. This was the best art museum went visited on the trip, in my opinion.

The absolutely enormous palace of Versailles.

The Hall of Mirrors at Versailles.

Also in the gardens.