The final leg of the trip was in Rome.

St. Paul’s Within the Walls church, an Anglican church near our hotel. 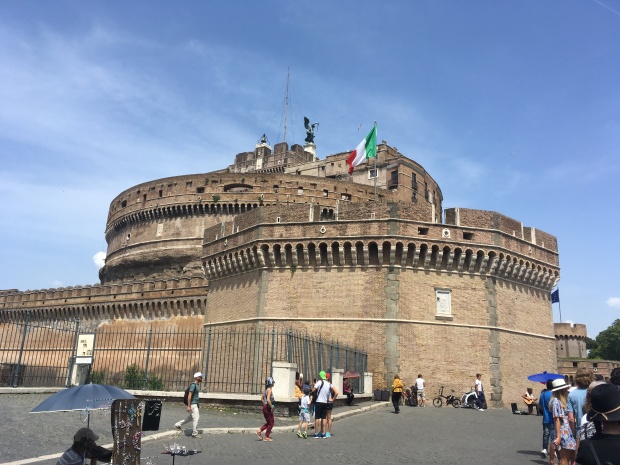 Castel Sant’Angelo. This was Hadrian’s Tomb, and then over the years various additions have been made, each in their own architectural style. A very strange shaped building.

The EU flag flying over the Tiber river.

Trajan’s Column, depicting his victory over the Dacians.

Monument to Victorio Manuelle II, the king who unified Italy in 1871. 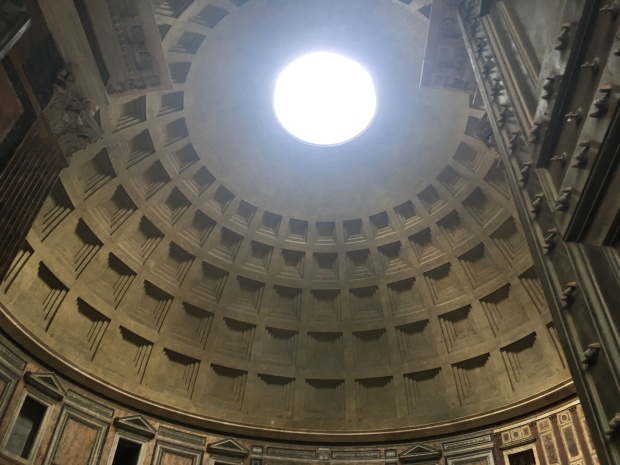 Interior dome of the Pantheon. 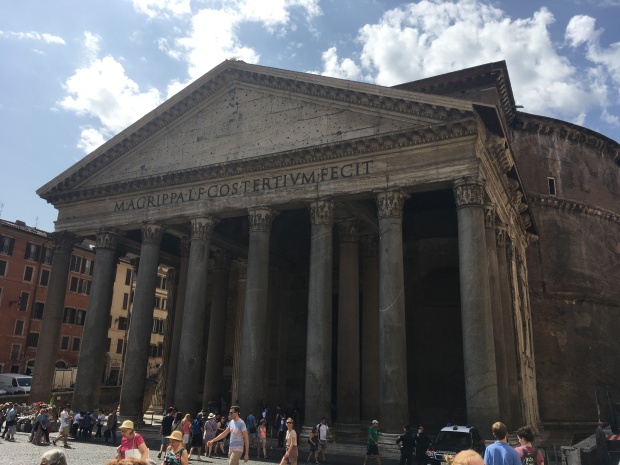 Facade of the Pantheon.

All Cathedrals face east, but not all have a 16-point compass rose around a 50 foot obelisk just to make sure you know it.

The School of Athens.

No photos allowed in the Sistine Chapel… 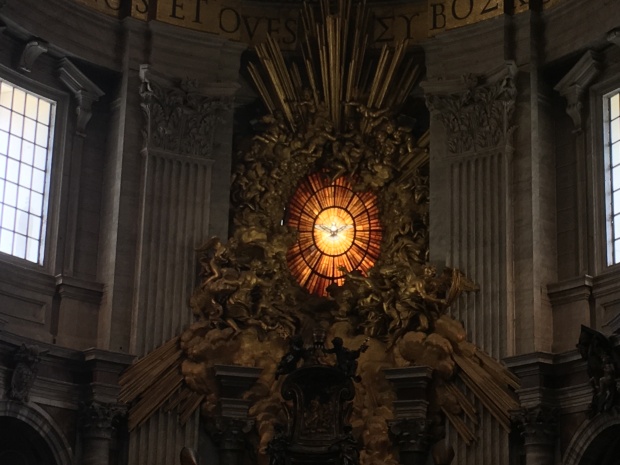 Holy Spirit as a dove bursting into the Vatican.

Some ruins from the Roman Forum.

The Arch of Titus.

The Arch of Titus was a victory monument to Titus’s sac of Jerusalem and destruction of the temple in AD 70. Here are Roman soldiers carting away a Menorah.

More ruinous columns from the Forum.

View from inside the Colosseum. 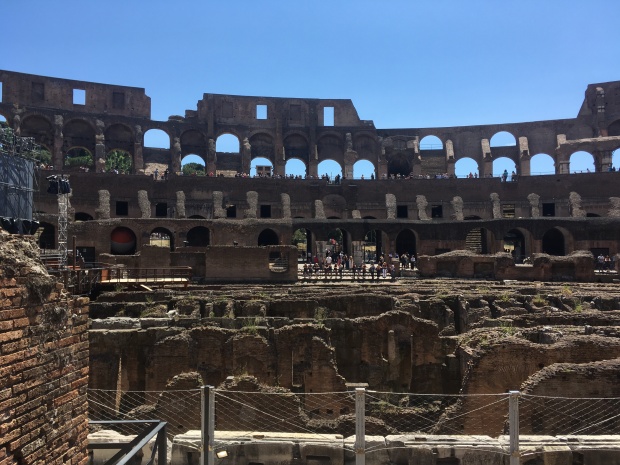 Another view, the remaining top half.

Pope Benedict XIV in the 1700’s added a cross to the ruinous site of the Colosseum, which then made it a holy place. So then the destruction ended, and it became a historical site rather than another stone quarry.

Like Loading...
From: Art
← Florence, Cinque Terre
A quick story from this week at Camp →
No comments yet