14 ordinary things that made me smile this week

Because not every post on this forlorn blog needs to have a controversial thesis, here are 14 ordinary things that made me smile this week. The photos are unrelated to the post but just enjoy them because why not? They are from Paris back in May. For the record, Paris did not make me smile. But each of these 14 things did!

1. The breakfast shop on campus was “out of large coffee cups.” I sputtered “out of… out of… out of larges? out of large… cups?” in a voice very similar to the Valentino White Bag lady which probably sounded rude but whatever. I was laughing the whole time as I filled my medium-sized coffee with cream and sugar.

2. A Junior High student mistook me for someone her own age. We were at a get-together for several of the area youth groups. One of the eighth graders I lead found someone from a different church but his same school. I decided to step into the conversation because it looked interesting and anyways I was bored. “Did you know that Bobby has a crush on you?” he said. “Oh, I had always thought that!” she replied. “Oh yeah, Bobby, of course he has a crush on you, yeah, you didn’t realize that? It’s so obvious!” I commented, pretending to know who Bobby is or anything about him. “Do you have Mrs. Livingstone this year?” she said. “I wish. She is the best teacher ever!” he replied. “Oh man, if there’s any teacher I could choose to have, it would be Mrs. Livingstone,” I commented, almost absentmindedly parroting their conversation. “Oh, I didn’t realize you go to our middle school!” she exclaimed with some excitement in her voice. Then, a beat. “I’m a junior in college. I don’t go to your middle school,” I said, satisfied in both my acting ability and my youthful deportment.

3. A professor in one of my classes has crazy quotes all the time during his lectures. We created a google doc to record them, which will remain a secret to him until the last day of class. Given his general m.o., we think it will be received well and with humor. The latest quote was a parable along the lines of: “A mother is walking through the forest with her children, when suddenly a pack of skunks comes up ahead. She yells out, ‘run children!’ and they all pick up a skunk and run away. ” We are not sure what this means.

4. Our men’s Bible study group at school is called Men Under God, abbreviated as MUG. The leadership team decided to order coffee mugs with the logo printed on it. Though five dollars the lesser, I am satisfied.

5. We went on a bike ride with some junior high students. Jon was faster than the other riders, especially the adults. His dad was also with us. When it was his turn to lead the group, Jon kicked up the pace and we were dying. “You should really maybe think about slowing down just a tad bit if you want” his dad said, feebly. When Jon did no such thing, his dad called out again, more passive-aggressively, “Any time you want, you can do that whole ‘slowing down’ thing I mentioned earlier.” Jon slowed down a little bit, but soon picked back up. His dad was the verbal equivalent of my reigns during a trail ride when my horse will not keep proper spacing — check and release until it understands the pace I want. Not that Jon is a horse. He is a 7th grade boy. This whole episode reminded me of the horrible education system I was forced to endure (and am still enduring) that has held me back from the pace I have wanted to learn. Because we do education at large groups at once (28-34 per teacher in my school growing up), it is mass produced and I was always at the fastest end, even in the highest classes. 15 years and counting of tedium. Of check and release until I “get” the pace the school wants for me. Not that I am a horse. I am a 21 year old man. That I made this connection to something as mundane as fast bicycling made me grin, at least.

6. After leaving the bike ride, I turned right from the forest preserve because I didn’t feel like waiting for the left arrow. Then, as I drove in the opposite direction of home for about 10 minutes, I saw a Half Priced Books store. Sounds like my kind of thing. So I went, parked, and walked to the front. A lady is with her ~ 8 year old son looking at some movies in the clearance section. I walked up, also wanting to see the selection of cheap flix, and realized that the lady is Kate from my church small group with her son Isaac! Her other son, who is in the junior high group with me, is around the corner looking at books. We said hi and everything. What are the odds? I was just randomly there.

7. A great comparison between my sometimes-chaotic program at school and sidewalks. I made the comment that nobody ever sat down and decided how our 5 year M.Div. program “works” from a Student Life perspective. They figured it all out academically, but nobody from the Housing, Dining, Chapel, Campus Life, and most critically, Financial Aid departments ever worked it out. So, the students have from time to time started our own precedents, which the next grade followed, and eventually those became Norms, which even later became policy. My philosophy professor compared this to the sidewalks on campus. None of them make sense, because they are just the result of people stomping the grass dead. Then some administrator realizes that the dead muddy trail from building to building looks bad, and said, “hey, lets pour some concrete in here,” and now they are sidewalks. In a system with no plan, the community will fill in the gaps. 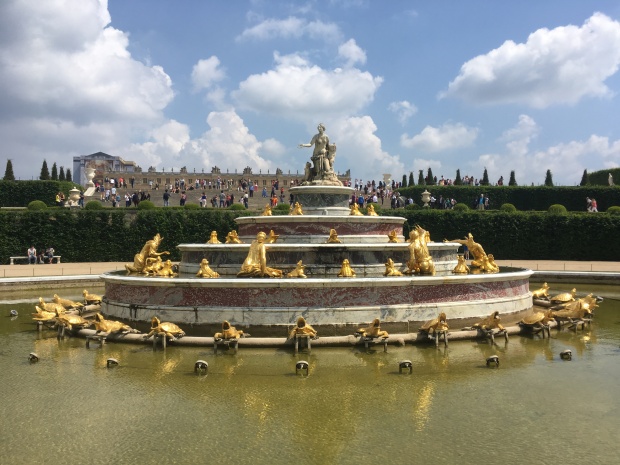 8. My friend Keegan found it funny when I sent him the link to some vines I was watching. The viner’s voice sounded just like his. He texted back saying “Oh my goah Ross thank you 😂😂”. It was this one.

9. We had a department BBQ with my fellow wannabe philosophers. I got to stir the fire up to make s’mores. It made my flannel smokey. Everybody needs a go-to smokey flannel in the fall. It also reminded me of camp, and wow does that place beat Suburgatory any day. I wish society could revert to the days when everything in town was within walking distance. Less concrete poured probably also means more natural areas, which is conducive to my denial that modernity is suffocating our world. But anyways. Smokey flannel. S’mores. Fire.

10. A friend came to my dorm apartment and made Indian food for my roommate and I. It was just a rice dish with some spice in it. My friend isn’t Indian nor does she know how Indian food is made, I think. But it’s okay. We talked about the doctrine of inerrancy. I like that.

11. My micro-TA job for the semester is to guide the presentation groups for Intro to Philosophy. I met with the first group this week. One guy didn’t have the textbook, and was struggling to figure out financial aid. (He has also missed classes because he has thrice gotten stuck in the bureaucratic black hole that is Trinity Central). Being the admin of the textbook selling group on facebook, I connected with someone selling the book and bought it for this guy. He didn’t understand why I would buy him a book. “It’s a gift,” I said. “Oh, I’ll pay you back,” his words rushing out. “That’s not how gifts work,” I said, confused. This left me feeling like a Gideons Int’l guy but for philosophy. 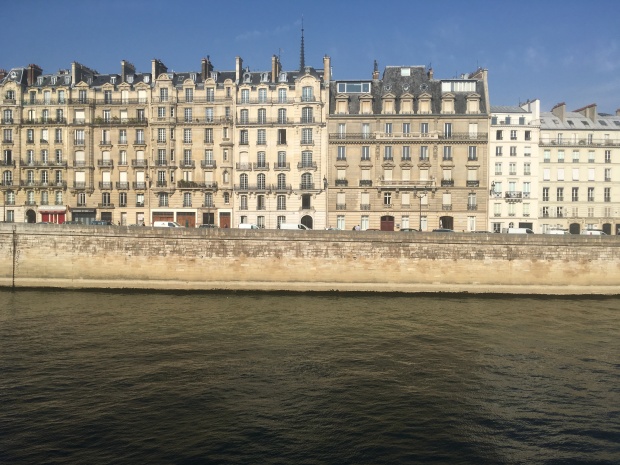 12. One of my campers from Timber-lee was at Trinity this week. He goes to some private Christian school, which sent the whole sophomore class on a college visit together. All eight of them, about. I did a double take when I saw him — Isaac, of all people — sitting just across the aisle from me at Chapel. Then at lunch I showed him the greatest secret of all in the Trinity cafeteria. Take two cookies, and ice cream, and with them make an ice cream sandwich. (It’s the little things that make college life bearable).

Seeing Isaac reminded me of the fun that we had that week. It was a junior high group, so, naturally, we spent almost every free minute gathering sticks in the woods and making a catamaran to try to cross the lake. We also did a lot of dancing. It was the first round with Gus, Foster, and Jake, three of the best humans I have ever met. (This summer I had the God-given privilege to be with them again). I also had one kid who I requested for my cabin named Colin, who thought I was the coolest thing ever. (Helpful for my ego especially after the events of the previous week). I have nothing but happy memories from those days. It reminds me of an Andy quote from The Office finale. He says

I spent so much of my time here at Dunder Mifflin thinking about my old pals, my college A cappella group. The weird thing is, now I’m exactly where I want to be — I got my dream job at Cornell — and I’m still just thinking about my old pals. Only now they’re the ones I made here. I wish there was a way to know you’re in the good ol’ days before you’ve actually left them. Someone should write a song about that.

But in this case, it was 100% obvious at the time that I was, in fact, in the good ol’ days. I enjoyed every second of it, and seeing one of my friends from that week was the sweetest reminder I could have asked for.

13. I went to a rummage sale at a Catholic church in town. They had something like 600 purgatory-years worth of merch, if someone had stolen it all. (Thus, I have reached my two purgatory jokes per post limit). A giant circus tent filled with goodies, along with the entire church gym and all the classrooms. I walked away with two books, two movies, a winter coat, and a director’s chair, all for $18 bucks.

14. Last one. Tonight at the combo-youth group mixer night, we played a variant of dodgeball where you had to dance the entire time. And if you got out, you became a member of the opposite team. The second variant here is useful, but the first was just hedonistic joy. I danced for about 35 minutes straight while dodging and throwing foam balls. This was more cardio than my usual weekly dose (none). It was gorgeous.

Here’s to another week, filled with not-too-special moments which, taken together, make our daily lives memorable, enjoyable — and ultimately, livable.

Like Loading...
From: Writing
← The Berlin Holocaust Memorial: Dehumanizing, haunting, and larger-than-life
Hymns and Songs →
No comments yet