Of me, as Ross

Ramrod straight I sat in that chair as my heart pounded away. The time came. There was a door in the corner of my eye, waiting for me to walk out, run away, do anything else with my late afternoon but this. I was tapping my fingers in some weird pattern, I don’t know what or why. A few in that small room might have been getting uncomfortable because I was making intense, sustained eye contact with each. Could they see my nerves? I haven’t said anything, but maybe my tells were obvious. Sometimes the tension gets the best of me. In this moment more than ever.

My therapy support group isn’t judgmental, so I don’t know why I panicked. In my journal that night I jotted down some ideas. Here’s the one I landed on:

But those words, those words, they carry the meaning of 20 pages compressed into three syllables: I am gay. The kind of sentence that should take 10 minutes to speak but comes out in seconds. Something so deeply buried in me doesn’t feel right to be released so fast. With a single clause the perceptions of me held by those in the room become completely out of my control — a bizarre feeling, seeing as I seem to spend all of my social energy on perception management. I lose a certain power when I become so vulnerable. The guys in the group took it well. They either said nothing or were affirming of me. Not in a theologico-sexual way. But of me, as Ross.

These guys are grace and peace to me. Coming out was the most difficult thing in my life and I’m glad to have had their support.

I’m gay. I’m homosexual. I’m a homosexual. I have homosexuality. I experience same-sex attraction. I’m same sex attracted. (That’s six ways to say something I have never said publicly before). I have been this way since hitting puberty, and in my life I have never been sexually attracted to a woman. Even once. I dated some girls along the way and had genuine emotional attraction to them, but that didn’t lead anywhere physically past friendship.

However, I have had consistent strong sexual attraction for other guys. You would think that this fact would have… tipped me off? To think, Gee, huh, maybe I’m gay? But that’s not how denial works. It took honesty and courage to come out to myself and that didn’t happen until the Fall of 2018. For years I had known about my sexual attraction to men but never realized the depth and exclusivity of these attractions. At some earlier points I had used terms like asexual. But I could not deny that I had sexual attraction going on. So maybe bisexual? But I could not deny that I simply did not have any attraction to women. Maybe that means I’m asexual with respect to women… and… um… and… and… that’s where the sidewalk ends. That’s when I couldn’t sustain the denial any longer. I began to recognize and name my same-sex attraction and tell a few trustworthy people.

My friends asked about my faith. After all — they reminded me — I am in seminary to become a pastor. The answer is complex, so I’ll write more in the future, but three things for now.

As for pastoral ministry I see no necessary problems. Of course there are all the unnecessary problems. Like some who fear that I might infect them with my gayness. Nobody admits to thinking this but they do, you can tell. Or the outcry when I change some minor aesthetic detail (wall decorations, what type of stirring rods we use in our coffee, etc.) and the decision is attributed to my sexuality. Yes, these trivial things come up in church life. Or people who assume I will be political about sexuality all the time. Or others who think (groundlessly) that I will abuse their children. Or still others who run out of arguments and throw up their hands, saying, “We just prefer the other candidate.” I’ll deal with those responses as they come. But there are no necessary reasons why I would be excluded from pastoral ministry. I follow the example of singleness set by Paul and more importantly by Jesus himself.

I don’t care to defend myself. I don’t need to argue, though a close friend once described my love language simply as “debate.” Some people will stereotype me and others will flock to me, choosing me as their token gay friend. Both of these responses are frustrating but I will get over myself and deal with it. Some kindhearted people will thoroughly critique my use of the word “gay.” Okay. Kind of an in-house argument among us same-sex attracted Christians, so probably stop caring so much about that. Less kindhearted people will attack me for using “gay” as a pretext for their broader intent to malign and slander me. In the gentle authority of Jesus’s name please stop.

Instead, here is what I ask of you. Can you do what the gracious people in my support group did? Can you put aside for now your theories about what went wrong in my body (or my childhood development, or in my DNA, or etc. etc. etc.) and instead accept me? Not accept my actions as moral or reject them as immoral. Again, that is still a judgement, an evaluation. Can you be accepting of me, as me? Of me, as Ross?

I’ll lose Christian friends because they disagree with homosexuality. This makes no sense to me, as I do not have gay sex. But still I’ll lose friends. On the other side I’ll lose non-Christian friends because they will see my sexual ethics as self-repressive and hostile to other gay people. Rejected by some conservatives as too liberal, and by some liberals as too conservative, I’m caught in a trap I hate, defending a position I didn’t choose. Can you move past that with me? With me, as me? With me, as Ross?

Let’s talk about Ross. Ross likes to watch movies, especially Westerns and Thrillers. (Bonus points for Western Thrillers). Ross does dumb talent show performances, calls them “art,” and then refuses to explain their true meaning. Ross goes to college where he studies philosophy and ministry. Ross complains about the dining hall at school but appreciates it in secret. Ross gets riled up and wants to make everything a debate, because that’s somehow the way his mind is wired. Ross used to run Cross Country but out of laziness no longer runs or exercises at all. Ross cares about the migration crisis and wants to learn Spanish so he can be helpful to a Chicago-area immigrant ministry. Ross loves Junior High students and in many ways still is one. When he is angry Ross shuts down instead of lashing out. When he is sad Ross isolates himself and waits for it to pass. When he is humored, you will hear it, whether you are in the same room or not. Ross loves Jesus and has found more meaning in that relationship than in all others combined. And so Ross loves the Bible, because Jesus loved the Bible, and Ross wants to be like him. Ross sometimes runs out of socks and has to wear used ones twice. When it gets bad, he just goes to the store and buys more socks. That should solve the problem, he thinks. 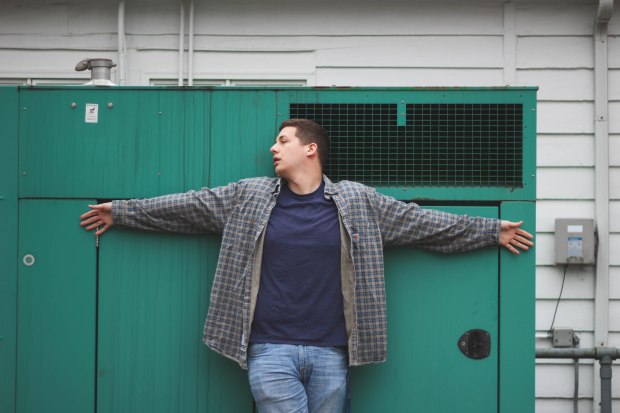 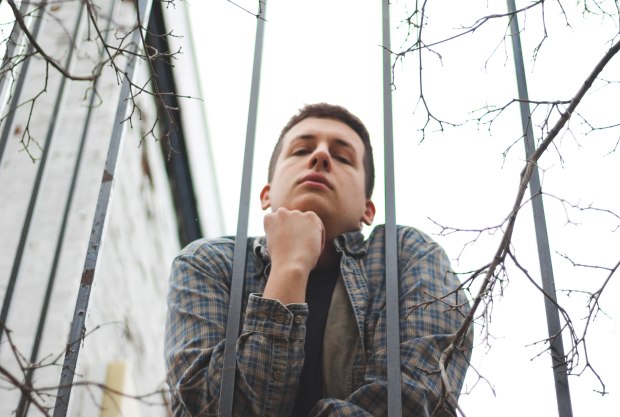 Thanks Todd for the photos!

Thanks Tim, Stephen, Josh, and Steve for helping me write this post!